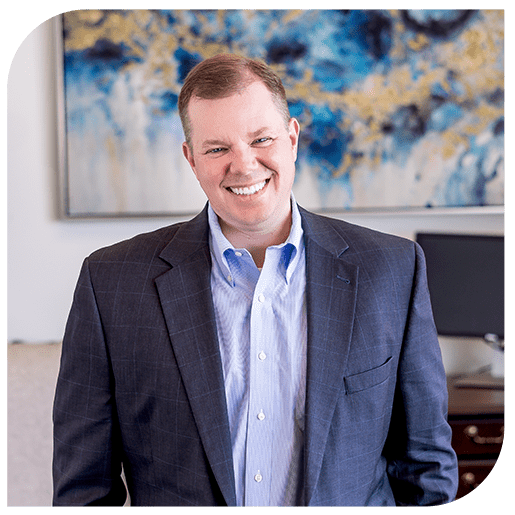 Jeff has worked at Sanders Warren & Russell LLP since 1999. Jeff has significant trial and litigation experience handling complex litigation throughout the Midwest. Jeff has litigated and mediated thousands of matters and emphasizes resolution of claims in an efficient, cost-effective manner for his clients.

Additionally, Jeff handles all types of personal injury, business and commercial litigation for numerous companies, both large and small, through both insurance coverage and directly for those companies.

Jeff has also handled large fire and explosion cases directly for large, medium and small companies and insurers. His practice includes retaining the proper experts at the outset of the claim, conducting and coordinating scene investigations and handling these claims through discovery and trial.

Greenfield Energy Group, Inc. v. Exact Wonder, LLC, et al.
Venue: Jackson County, Missouri Jeff represented several contractors in connection with a large, multi-party matter involving mechanic’s liens, delay and construction defect claims. After significant litigation, he was able to extricate his clients from this litigation without any payments being made directly by the client.
Plaza Gas Explosion & JJ’s Restaurant Litigation
Venue: Jackson County, Missouri The gas explosion at JJ’s Restaurant in Kansas City’s historic Country Club Plaza led to national headlines in 2013. Jeff Baker and Brad Russell represented the underground utility contractor that struck a buried gas line before the explosion. There were more than 20 lawsuits filed as a result of this incident, which involved a death and substantial personal injury and property damage claims. The firm provided public relations assistance and protected the legal and financial interests of its client from immediately after the explosion through the end of this protracted litigation.
Kelley v. Gibson Electric
Venue: Franklin County, Kansas Jeff Baker and Casey Housley obtained a defense verdict for Gibson Electric in this negligent house fire claim. Plaintiffs, Jeffrey and Lori Kelley, claimed that Gibson Electric negligently installed electrical wire in their home when running wire behind an existing wall, which also contained a fireplace. Plaintiffs alleged that while Gibson Electric ran the wire behind the existing wall, it was caught and subsequently damaged on a pre-existing nail. Plaintiffs further claimed that as a result of the damage, an electrical arc occurred and started a fire in the home. Gibson Electric, a company with decades of experience in residential electrical work, experienced no issues during installation of the wire and maintained that they met required codes, regulations, and standards in installing the wiring. Testimony revealed that Plaintiffs had been running their fireplace, which was located in the same enclosed wall as the allegedly damaged wire, for most of the day on the date of the fire. In addition, fire patterns within the home were inconsistent with an electrical fire caused by the allegedly damaged wire. The jury agreed and rendered a verdict in favor of Gibson Electric.
Max True Fireproofing v. Balfour Walton, et al.
Venue: Riley County, Kansas Jeff Baker represented a large national fireproofing contractor in connection with the construction of a large army hospital at Fort Riley, Kansas. This case involved nearly $100 million in claims being asserted by his client and other large national subcontractors and a large international general contractor against the United States federal government. Jeff was able to resolve the matter in favor of his client with his client receiving payment for the outstanding amount it was owed and dismissal of the claims against his client.
The Board of Regents of Northwest Missouri State Univ. v. Lawhon Construction Company, et al.
Venue: Nodaway County, Missouri Jeff Baker represented a general contractor in connection with a large, complex construction defect claim involving the largest dormitory at Northwest Missouri State University. This lawsuit involved in excess of 10 parties, and involved claims being asserted by the plaintiff for over $9 million. This case involved numerous indemnity and additional insured issues and was resolved to the satisfaction of his client.