Clearing Up Missouri’s Muddy Waters in Claims Against Co-Employees

For decades, jurisprudence shifted and swung causing confusion for litigants, attorneys, insurance carriers, employees, and employers.  In 1950, the Missouri Supreme Court held that the workers’ compensation statute did not abolish claims against co-employees.  In 1982 and 1984, the Missouri Court of Appeals held that an intentional act (i.e., something more than mere negligence) was required to establish a claim against a co-employee.  However, in 1986, the Missouri Court of Appeals held that liability against a co-employee did not have be predicated on an intentional act, but instead only required the defendant to breach a personal duty of care.

The relevant portion of the 2012 workers’ compensation amendment provides that “any employee of such employer shall not be liable for any injury . . .and . . . shall be released from all other liability whatsoever” except “that an employee shall not be released from liability for injury or death if the employee engaged in an affirmative negligent act that purposefully and dangerously caused or increased the risk of injury.”

In Brock, Danny Brock was working on a high-pressure laminating machine with his supervisor, Mark Edwards.  Edwards instructed Brock to clean glue off the moving rollers.  While Brock was cleaning off the glue, his left thumb got caught in a pinch point, resulting in permanent nerve and structural damage, permanent pain, and permanent limited use of his left thumb and hand.  He then sued Edwards for negligence.

Edwards moved for summary judgment asserting that he was not discharging a personal duty separate and distinct from his employer’s non-delegable duty to provide a safe workplace and, therefore, was entitled to immunity under the workers’ compensation law.  The trial court denied the motion and, at trial, the jury award a $1.05 million verdict in favor of Brock.  The Missouri Supreme Court reversed the trial court’s decision taking away the $1.05 million verdict.

The Missouri Supreme Court held that the above-quoted statutory language from the 2012 amendment provides co-employees with immunity from suit for injuries they cause on the job unless the exception set forth in the statute is satisfied.  The legislature did not create or extend liability to employees.  Thus, the Court turned to the legal issue of how to apply the statutory exception.

According to the Court, the plain text of the statute provides a mental element to the exception—a co-employee enjoys immunity unless he or she purposefully caused or increased the risk of injury.  This means that a plaintiff has the burden to show through direct evidence that the co-employee acted with the purpose to cause or increase the risk of injury.  Inferential evidence does not satisfy this burden.  This is because the legislature used the word “purposefully,” which can only be shown by proving the co-employee’s act was designed to specifically cause an injurious outcome.

In summary, the Missouri Supreme Court’s opinion in Brock helps clear up decades of confusing and disjointed jurisprudence.  An employee can no longer maintain a claim against a co-employee unless there is evidence that the co-employee acted with the purpose to cause or increase the risk of causing the employee’s injuries.  Moving forward, employers, employees, and their insurance carriers should be able to successfully argue that Missouri law bars claims by one employee against another employee unless the extremely narrow exception is met. 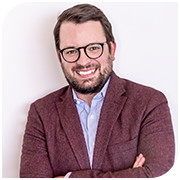