In Granado v Wilson, Wilson ran a stop sign under the apparent influence of drugs and/or alcohol causing death of plaintiff’s spouse in October 2017. The liability carrier claim representative received the accident report confirming the apparent failure to stop and drug/alcohol involvement of the insured driver on November 2017. In February 2018, plaintiff hired an attorney who agreed to limit his fee to only those amounts above the policy limit. Plaintiff had a potential claim for PIP benefits and/or UIM benefits with her own carrier but failed to respond to an initial letter inquiring about payment of medical bills. Her carrier contacted the liability carrier but reported no knowledge of a claim or attorney involvement in March of 2018. In April 2018, the carrier set a reserve of the entire policy limits but did not contact the widow or inform the insured that the claim value seemed to exceed the policy limits. In May 2018, plaintiff received a letter from her own carrier mentioning that she had a claim against the liability carrier for Wilson as a result of the accident. In June of 2018, plaintiff filed suit without ever presenting a formal claim or making a settlement demand to Wilson’s insurance company. In July after the lawsuit was served, Wilson’s carrier offered its policy limits to plaintiff.  Three days later, plaintiff’s attorney rejected the offer without a counter-offer. In October of 2018, plaintiff submitted a demand for nearly $3 million claiming the carrier had committed bad faith in failing to offer the policy limits in the roughly 8 months since the accident occurred.

The initially claims were resolved by a bench trial resulting in a total judgment of $3.3 million for plaintiff against Wilson. Thereafter, a garnishment action was filed against the liability carrier and a year later another bench trial resulting in a judgment finding the carrier was liabile for the entire underlying judgment due to a bad faith failure to offer the policy limits before suit was filed. At trial, the claims manager testified that the claim representative failed to follow the company’s claims handling practices and standards in several respects including failing to call the insured after receiving the accident report to discuss his exposure and failing to complete the claim evaluation in 30 days and never specifically informing the insured of his exposure beyond the policy limits. 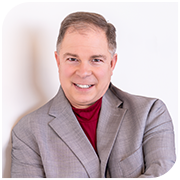