KDHE asserted that the daycare, which has been in continuous operation for nearly three decades serving generations of Johnson County families, was in violation of certain regulations and sought to revoke the operating license of the daycare.  Sean successfully argued that KDHE’s application of its regulations seeking revocation of the daycare license was unreasonable in light of the fact that the violations were promptly remedied, in light of the fact that the daycare has a decades-long track record of exemplary adherence to KDHE’s regulations, and in light of the fact that KDHE had made hundreds of prior similar violation citations to other daycare providers in the state of Kansas without seeking license revocation.  This unreasonable attempt by KDHE to revoke the daycare license was successfully defended both before the District Court of Johnson County, Kansas and before the Kansas Court of Appeals, allowing this daycare provider to continue to provide a needed service to the community. 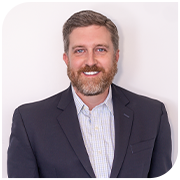