2021 Legislation on Bad Faith in Missouri

New legislation was enacted in Missouri to amend §§ 435.415 and 537.065 R.S. Mo concerning agreements frequently used in bad  faith litigation. Section 537.065 R.S. Mo. allows an insured to enter into an agreement with a claimant where the claimant will not execute on any of the insured’s assets other than insurance that may apply, and the insured typically assigns his/her rights against the insurance company to the claimant.

HB 435 also made several significant amendments to § 537.065.  The previous version of the statute permitted an insured to enter into an agreement if the insurer had an opportunity to defend without a reservation of rights but refused to do so.  That language has been deleted, and the statute now permits the plaintiff and the insured to enter into the agreement if the insurer refused to withdraw a reservation of rights or declined coverage for the claim.

The amendment to § 537.065 requires written notice of the agreement within 30 days after it is executed as well as notice of any action that is pending against the insured.  The insurer will have an unconditional right to intervene in the pending civil action for damages within 30 days after receiving receipt of the notice.  This includes a scenario where the original civil lawsuit was dismissed and another civil proceeding is filed at a later time.  The right to intervene applies if no lawsuit was pending at the time the agreement was executed but a civil action is subsequently filed.  The amendment prohibits entering a judgment against the insured for at least 30 days after the insurer has received written notice of the 537.065 agreement.

The amendment to § 537.065 also gives the insurance company all rights available under the Rules of Civil Procedure, including sufficient time to engage in discovery, motion practice, a right to trial by jury and trial preparation.  Stipulations, scheduling orders or other orders that were entered before the insurer intervened will not be binding on the intervening insurance company.

Any covenant not to execute must be in writing and no unwritten terms of an agreement under § 537.065 will be enforceable against the insurer or any other party.  In any subsequent action for bad faith against an insurance company, the agreement between the tortfeasor and the claimant shall be admissible in evidence.  Exercise by the insurer of any rights under § 537.065 will not be construed to be bad faith. 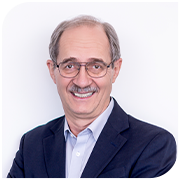