On August 28, 2021, the “Missouri Statutory Thresholds for Settlements Involving Minors Act” went into effect in the State of Missouri. The Act makes several important changes to the way that claims and settlement agreements for minor claimants or plaintiffs. The main takeaway is that if a minor’s claim totals less than thirty-five thousand dollars ($35,000.00), their legal custodian may execute an affidavit and complete the settlement process on the minor’s behalf without having to seek court approval of the settlement.

Under Missouri law, individuals typically cannot enter into contracts unless they are over eighteen (18) years old, which includes contracts such as settlement agreements and liability releases. To allow minors to enter into settlement agreements related to potential claims or lawsuits against other parties, many states, including Missouri, enacted laws for “Uniform Transfer to Minors”, which required court approval and oversight of settlement agreements and distribution of settlement proceeds for and to minors. These procedures, designed to ensure that the rights and interests of potential minors are protected and enforced, can often become burdensome, onerous, and costly to the involved parties, particularly when small sums are involved.

Missouri’s new law, R.S.Mo. § 436.700, addresses these issues related to minor settlements when the total amount of the claim, “including reimbursement of medical expenses, liens, reasonable attorney’s fees, and costs, is thirty-five thousand ($35,000.00) dollars or less if paid in cash, by draft, or if paid by the purchase of a premium for an annuity.” Additionally, the minor cannot have already had a conservator or guardian ad litem appointed to them.

In those instances, rather than petition a court and schedule a hearing for the approval of a settlement involving a minor, now the minor’s legal custodian (typically a parent) may enter into a settlement agreement on behalf of the minor so long as they complete an affidavit or verified statement that attests that the minor’s legal custodian has made a “reasonable inquiry” and that:

(a) To the best of the [legal custodian’s] knowledge, the minor will be fully compensated by the settlement; or

(b) There is no practical way to obtain additional amounts from the person or entity entering into the settlement agreement with the minor.

The Act governs how the settlement proceeds should be distributed, depending on whether the minor or their legal custodian is represented by an attorney, whether the parties agree to the purchase of an annuity, and whether the minor is in the custody of the state. Anyone entering into a settlement agreement governed under the Act should be aware of the applicable provisions to their case.

Any settlement proceeds paid into a special account as described in the Act can only be accessed when ordered by a court, when the minor turns eighteen (18) years old, at the direction of a duly appointed conservator or the custodian for the uniform transfer to minors account for the sole benefit of the minor, or upon the minor’s death.

The Act should simplify how minor claimants and carriers can resolve low-value claims without necessitating court involvement and approval. This means getting settlement proceeds to claimants and resolving claims more quickly and at less cost and is a good thing for the State of Missouri. 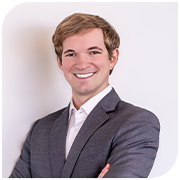