Statutes of Limitation and Repose in Construction Defect Litigation – Kansas, Missouri, and Colorado

Statutes of limitation are laws that define the maximum amount of time that parties involved in a dispute have to commence legal actions.  The time generally begins to run from the date that the alleged injury occurs.

Statutes of repose are similar to statutes of limitation in that they place a time limit on actions.  However, a key distinction is that statutes of repose begin to run from the time of the injury event, regardless of whether the claim can be reasonably discovered.

For example, General Contractor completes work on a single-family home on October 1, 2008.  The Owners of the home discover water leaking into the basement of the home on April 1, 2011, and shortly thereafter suspect that the leak is caused by faulty waterproofing performed by General Contractor.  A statute of limitations, generally, begins to run on the date the injury (leaking basement) was discovered.  In contrast, the statute of repose would begin to run on the date of completion of the home.

Commonly, general contractors and subcontractors are brought into lawsuits under legal theories of negligence and/or breach of contract.  In Kansas, the statute of limitations for breach of a written contract is five years.  K.S.A. 60-511.  Implied or oral contracts are limited to three years.  K.S.A. 60-512.  For negligence, claims must be filed within two years of discovery of the injury to meet the statute of limitations.  K.S.A. 60-513.  The Kansas statute of repose indicates that “in no event shall an action be commenced more than 10 years beyond the time of the act giving rise to the cause of action.”  K.S.A. 60-513(b).

If using the example above, generally Owners would have to file their claims against General Contractor for breach of contract on or before April 1, 2016 and negligence by April 1, 2013.  Under the statute of repose, Owners would not be able to bring any claim against General Contractor, regardless of when the leaking was discovery, after October 1, 2018.  These actions could be extended to allow for compliance with notice requirements of the Kansas Construction Defect Act.  See K.S.A. 60-4702.

In Missouri, the statutes of limitation for negligence and breach of an express or implied contract are five years.  Mo. Rev. Stat. Ann. § 516.120.  Regarding Missouri statutes of repose, “any action to recover damages for economic loss, personal injury, property damage or wrongful death arising out of a defective or unsafe condition of any improvement to real property, including any action for contribution or indemnity for damages sustained on account of the defect or unsafe condition, shall be commenced within ten years of the date on which such improvement is completed.”  Mo. Rev. Stat. Ann. § 516.097.  This statute of repose includes claims for “contribution or indemnity” which are commonly brought in construction defect actions by a general contractor against its subcontractors.  Importantly, this same statute may extend some third-party claims for contribution and indemnity for one year following the filing of a lawsuit.  What does this mean for subcontractors?  In Missouri, a subcontractor could be sued and brought into a lawsuit for a project that was completed more than ten years prior.

In Colorado, construction defect claims have specific statutes of limitations and repose, unlike Kansas or Missouri.  A claim for construction defect must be filed within two years after the claim arises.  C.R.S. § 13-80-104.  Colorado’s statute of repose begins to run upon “substantial completion” and is generally six years but can be extended up to eight years in certain situations.  C.R.S. § 13-80-104(1)(a), (2).

Given these statutes of limitation and repose, general contractors, developers, subcontractors, and even material suppliers often must defend a lawsuit more than six, eight, or ten years after a project is completed.  For this reason, it may be helpful to retain project files for any work performed for at least the statute of repose period applicable to your state, and especially if you receive advance notice of a construction defect claim.  If you are served with a complaint, it is important to contact a lawyer immediately and discuss the timing of your project to explore your defenses under applicable statutes of limitations and repose. 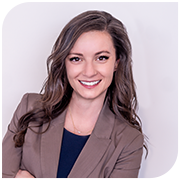