The Fate of Missouri’s No Pay No Play Statute

Missouri’s No Pay No Play Statute is codified at RSMo. §303.390 and provides that if an uninsured Plaintiff is involved in a motor vehicle accident with an insured Defendant, then the uninsured Plaintiff is precluded from recovering any non-economic damages from the insured Defendant.  Although this statute has not been addressed by the Missouri Supreme Court, there is a difference of opinion as to its constitutionality between the US District Court for the Western District of Missouri and the US District Court for the Southern District of Missouri.

Judge Bough found that the motor vehicle negligence action met the first prong, noting that “civil actions for damages resulting from personal wrongs have been tried by juries since 1820.”  citing Watts at 638.  Judge Bough also found that prong two was satisfied because “the constitutional right to a civil jury trial is contingent upon there being an action for damages, [therefore] statutory limits on those damages directly curtail the individual right to one of the most significant roles performed by the jury – the determination of damages.”  Id.

Judge Beth Phillips in the Southern District reviewed Missouri’s No Pay No Play Statute and found that it was not unconstitutional in Hassell v. Howard, Case No. 20-05042-CV-S-BP.  In Hassell, the Defendant admitted that Plaintiff had satisfied the first prong of the test.  The only issue was whether the right to a jury trial remained inviolate in light of the statute.   Judge Phillips contrasted 303.390.1 with the Watts case and noted several ways the statute was different than a damages cap.  First, the statute applies only in certain factual circumstances, so it was not “wholly independent from the facts of the case.”  In this regard, Judge Phillips noted that it is no different that precluding a tort victim from recovering purely economic losses or precluding a contract plaintiff from recovering punitive damages.  Applying the law to the facts of the case is a function of the court.  Secondly, the statute does not interfere with a jury’s determination on the amount of damages.  Rather, it provides that in certain specific factual circumstances, a plaintiff cannot recover any damages. 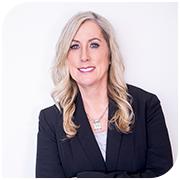